Everybody has a plan until they get punched in the face 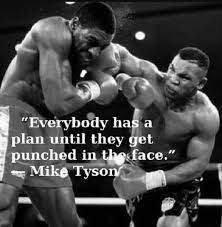 Everybody has a plan until they get punched in the face
As the china central government continued their spree of popping up regulations in all areas of China economy (Minimum wages, living conditions for drivers, 996 working hours, gaming time for minors, wealth redistribution policies, Banning dancing  grannies, the list goes on), the steep decline in the HK/CN stock prices seem to be consolidating and taking a slight breather for now. Although I have stuck to the plan of disciplined averaging down from July till now, it is never easy to watch your favorite picks go cheaper as new rules are being drafted. It is never easy to stick to your convictions based on the research and thesis of the stocks you hold, and believe you are right amidst the market noise and chaos.

Everybody has a plan until they get hit. Then, like a rat, they stop in fear and freeze.You can plan all you want, but you’re going to get hit – probably when you don’t expect it - and it’s going to hurt.

No plan survives the first contact with the enemy.  There were some china bulls whom made a personality switch to doomsayers on social media, propagating the end of the world and making tactical switch to other asset classes and countries. I find it dangerous that those <influenzas> did not do their homework, got scared out of their paper hands, and made allocation decision to the US markets which valuation metrics are at their ATH, and influencing others to do the same.

i) The problem with those maniac depressive <influenzas> is that they look at headlines instead of the companies from a bottom up perspective to guide their allocation decisions. They failed to do a valuation and revenue analysis of the underlying companies to know the true exposures of the companies to the affected markets. The Major S&P500 stocks despite the country of incorporation, has the same underlying exposure to China market. The popular consumer brands and tech companies such as Amazon, Microsoft, Tesla, Apple, Coca Cola, Starbucks, BAML, JPM, Goldman Sachs are dependent on China as their production base and growth markets. Getting out of China incorporated companies to invest in US incorporated companies does not mean they can eliminate their China exposure.

ii) In the scenario that China government devolved to become an evil overlord, killing its local champions in favor of absolute power, after they are done with the local companies, what will they do with these foreign companies? In the history of mankind, I have never seen any country favor their foreign competitors over their local businesses. What will happen to those foreign companies whom are suddenly cut off from their production base and growth markets? What will happen to that priced for perfection valuation?

iii) There will always be a fog of war for foreign investors when investing in China companies, due to the great firewall, the control of state media, and the disregard of investor relations from the Chinese government and the underlying companies. Their political system of <socialism with Chinese characteristics> is unprecedented and deviant since they divorced from Marxist Russian socialism, to evolve their own system with global trade to grow wealth, top-down five year plans to guide industrial growth, and internal testing and debates on pragmatism before evolving their governance system. Because of the bias of western media against an ideologically different country, it will not be possible to piece the real picture from headline news, and serious investors in china will need to have access to scuttlebutt and views from professionals living in China to have an analytical edge over the others.

There is a saying that one should pick a company that even an idiot can run, because eventually an idiot will run it anyway. <Referencing Jack Ma on Tech summit with Elon Musk (Alibaba Intelligence) and Bund Summit with china finance regulators <Pawn shop mentality>. In China market, due to huge political intervention in all areas of Chinese life, the choice of a shrewd manager that has a track record of navigating through political uncertainties, in a company with good regulator relationships or an relatively unregulated industry, is important and will be prioritized higher in my checklist for Chinese companies. Alternatively, a more diversified approach to China market will be a key area I will look into so that the growth of the portfolio can accommodate a few potential blowups.

Portfolio Allocations for the month of August and onward
I have averaged down on the Hang Seng Tech ETF on 05 Aug at HKD 14.28, and it continues to dip lower after I made that allocation decision. Although I am still optimistic on the constituents as a whole, the market does not care about your feelings and your analysis in the short term and is free to move in any direction in any way it wants. I am also aware of the possibility that the CCP however unlikely, may deviate away from the China Five Year Plan white paper, so I will take my time to average down as the 6 month crackdown of the tech sector continues to play out.

I have made an divestment of Ascendas REIT on 11 Aug at SGD 3.13, locking in a return of 70.36% including dividends. Although Ascendas REIT was my first stock and I privately liked the idea of holding my first stock until the day I retire, my discussion with more seasoned investors forced me to conclude that the hurdle rate of this REIT moving forward is unlikely to exceed the performance of the STI ETF moving forward. Ascendas is a flight to safety dividend stock for SG investors and it is not undervalued, and its growth prospect (without shareholder capital infusion) is limited due to the structure of 90% payout instead of retained earnings. I do not like the idea of the Federal Reserve playing signalling games with interest rates and tapers and prefer raising my cash position to capitalize on unexpected undervalued opportunities.

In following the spirit of the 20 punch-card portfolio (focused investing), there is always the possibility of being punched really hard in the face if one of the company fails. In my optimism for picking up cheap stocks, I am guarded on the fact that I could be too biased on the growth of the Chinese market and have included too much uncontrollable political risk in my portfolio. My portfolio is more skewed to HK/CN than I originally intended. I also want my portfolio to be less  skewed towards SG with the same problem of being exposed to too much uncontrollable extrinsic risks around the world. Moving forward, I will continue to stay opportunistic, but also review my individual stock allocation  limits and geographical rules as the months play out.

Multiverse of Madness- From Do kwon to Now Ko'd

Multiverse of Madness This week of one of the most volatile period in the equity markets, as volatility spiked and market participants started their frantic selling. This week's market movements has shadows of the Mar2020 period whereby rapidly shifting market conditions resulted in billions of dollars being snapped away.  At this period of sharp volatility, the fundamentals focused investor can take comfort in the words of Benjamin Graham in (The Intelligent investor) and metaphors of Mr Market, as a (maniac depressive) person whom is merely there to deal with you. There are underlying companies and cash flows behind the stock and difference between price and value is what the investor benefit from. The inability of the investor to fight head-on against a massive all-powerful incorporeal being. And how your mindset towards dealing with it determines whom is the master and whom is the slave. If Benjamin Graham was born a millennial, he will have thought of the Marvel cinematic univ
Read more 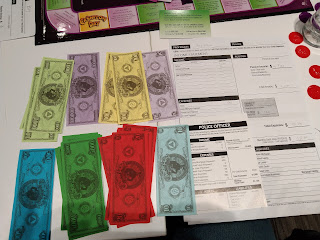 Covid Scare and Cash Flow Gaming June is an eventful month on my personal front. Despite being fully vaccinated with booster shots via the Moderna vaccine, I was infected on 13 June (Monday the 13th) and was forced to WFH to clear some time sensitive assignments. Although I was fortunate to not suffer any long term side effects from the virus, it reawakened a sense of paranoia in me that my introverted nature may have led to me being underachieving on my personal life, and I will kick the bucket early before truly clearing off my bucket list. I decided to make a deliberate decision to be more outgoing after this covid scare, abiding by the motto to live < every week to do something foolish, something creative, and something generous>. I am attempting to explore outgoing hobbies outside work as well as the chance to meet more people. <Cash Flow 101> was a game created by Robert Kiyosaki, the infamous author of the book <Rich Dad Poor Dad> which book is an inspirational
Read more

How inflation swindles the Equity Investor

How inflation swindles the Equity Investor The equity markets continue to trend downward over the month of May. This is the one of the more sizable stock market downturn since I started investing, with the first one back at 2015-2016, the second at May 2020, and the third one which started around Jan 2021. As the valuation metrics has been extremely elevated in the US market on 2020, I believe this is a fairly healthy correction and I am not too concerned about the inflation / interest rate impacts on the companies I hold. As a bottom up investor, I believe this is one of those rare times that I can build up my positions in the higher quality companies at a more reasonable valuation, and I will try to consistently execute on my accumulation plan for the months ahead. Despite the stagflation, supply chain, and nuclear warfare worries, I still prefer an aggressive allocation to ownership stakes to a diversified portfolio of cash generative assets. As my workplace has fully transited back
Read more 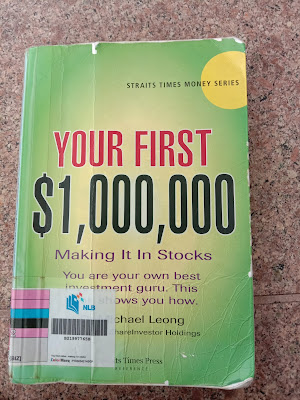 Peter Lynch
One up on Wall Street
Beat the Street